Is Beverage Container Recycling Over?

Have you tried to recycle your cans and bottles in Mira Mesa lately? It used to be that every grocery parking lot featured a small building where you could drop off cans and plastic bottles and receive a refund of part of the CRV fee you paid when purchasing the item.

Many of the recycling sites in and around Mira Mesa were operated by RePlanet, which suddenly closed its doors on August 5. This left the Mira Mesa community with only one recycling center – Allen Recycling along Miramar Rd. Allen was briefly closed due to a fire, but has now reopened. Other than Allen, Mira Mesa residents wanting to drop off recycling are directed to Poway or Kearny Mesa by Cal Recycle, the state agency that administers and provides oversight for all of California’s state-managed non-hazardous waste handling and recycling programs.

Why have we suddenly lost our convenient recycling centers? Experts blame several factors. Aluminum is selling for 40% less than it did three years ago. Can manufacturers have also reduced the amount of aluminum in their product, meaning that more cans must be collected for the same reimbursement. Recycling companies also say that the state’s reimbursement program does not cover the costs of operating the program.

A call to Cal Recycle confirmed that when a recycling center closes, nearby supermarkets are supposed to provide in-store bottle redemption or pay a $100 per day fee to waive their responsibilities. But when a recycling center closes, it triggers a 90-day process to return a recycling facility to the convenience zone (a half-mile area radius around each supermarket). During that 90-day period the supermarket can (and usually does) receive a waiver of this requirement. In cases where there is difficulty in finding a recycler willing to set up operations, a 6-month waiver can be granted. Mira Mesa-area stores are in a 6-month waiver period. Cal Recycle says that the waiver expires in March, 2020.

What was Cal Recycle’s advice for Mira Mesa residents having difficulty accessing a recycling center? Contact your Assembly office to encourage them to reform the state’s recycling program. 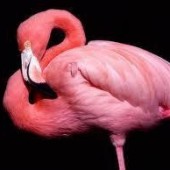